So many have asked, so I wanted to share with you my Keto Results After 100 Days of Eating Keto.  While these results don’t happen to everyone, they will for many. As you may already know, I am a huge fan of the keto lifestyle and these are some of the reasons why!

I started following at Ketogenic lifestyle May 1st of last year after seeing a before and after picture of a friend on Facebook. She literally looked like her body had melted between the two pics, and I’ve continued to see her shrink since. At the time, I was five months postpartum with my fourth child at the age of 42. Although I had lost a good bit of my baby weight already, I was always hungry, and my weight loss had stalled. Since I had nothing to lose but weight, I jumped in to see what this Keto lifestyle I had heard so much about had to offer. Now, it’s been eleven months since we started, but those first 100 days were significant to me because I learned why this lifestyle works for me. I thought I’d share what I learned in hopes that my journey might be an encouragement to someone struggling.

How I began my Keto Journey

I honestly didn’t know what I was doing the first week. I searched Pinterest and found a couple of Keto recipes that looked yummy to prepare. It all seemed so foreign to me since I had spent the last 20 years of my life avoiding fat. I thought for sure I would jump on the scale that first week and see that I had gained 10lbs. Each morning as I added heavy whipping cream (something I had never previously bought) and butter to my eggs I would cringe because I didn’t want to gain weight. It went against everything I had believed for so long. Instead of avoiding cheese, cream cheese, and such I began loading my foods up with fats, and it didn’t take long before I started enjoying the foods I was eating. Fueling my body with fatwas such a stark contrast compared to the plain grilled chicken, salads, and broccoli I had been eating for years.

Coping with the Keto Flu

As the week went on, I got hit with the dreaded Keto flu and felt terrible. I wondered then if this was going to be worth it. I felt dizzy, nauseous, and was always tired. My hubby was working long days that week out of town and juggling all four kids alone while feeling yucky was a challenge. At that point, I knew I had to do more research. I needed to be informed of what was happening inside my body, research all available solutions and the science behind why Keto works. I began to listen to podcasts and YouTube videos by Butter Bob, Dr. Eric Berg, and Healthful Pursuit. The more I researched, the more I understood what I was doing, and it all began to make sense. I recognized eating habits, like eating every two and a half hours to keep my metabolism burning, that wasn’t necessarily true according to the Keto way of eating. At the end of the week, I was shocked to see that I had lost 6lbs while I was eating butter, full-fat cheese, cream cheese, heavy whipping cream, coconut oil, bacon, steak, fat bombs, and such.

The first keto results motivated me

That was motivation enough for me to continue. My hubby saw my results and jumped on board. I literally felt like the fat on my body was melting as the days turned into weeks. It took approx six weeks to two months before the huge energy surge that I had read so much about finally hit and I was fat adapted. At that point, although my weight loss had slowed down, I felt terrific, was enjoying Keto foods, losing inches, and rarely thought about food. It was very freeing not to think about eating every 2 1/2 hours or to feel like I needed to spend hours in the kitchen with meal prep. This way of eating began to feel easy, especially with our busy lifestyle and four kids.

When tempted with bread, sweets, or other carby foods I once enjoyed, I found Keto alternatives. In all honesty, I wasn’t tempted to “cheat” (although I don’t like to call it that) because I felt so good and I was losing weight even though it felt slow compared to many others. In all fairness, I didn’t have much to lose, so that is probably why my weight loss has been more gradual. I would drop 2 lbs then my body would sit at that weight for weeks almost like it was settling in before I would lose again. I compare it much like stair steps with a drop then a leveling off before a drop again. There were a couple of months where I only lost one pound that month, but it felt like more as I could see my body composition changing. Also, I wasn’t gaining weight, and I was eating incredibly delicious rich foods, so it was worth it.

Making mistakes on my keto journey

After 100 days of following a ketogenic diet without going off plan, we went away for my son’s eleventh birthday. Feeling pretty confident that carbs were dead to me, I decided to sensibly go off Keto to enjoy some of our favorite restaurants and vacation treats while we were out of town. Also, I didn’t want my kids’ memories of their birthday to be that mom would never eat cake.

I did fantastic for our first meal. As our weekend trip continued, it didn’t take long for me to settle back into my old ways of eating but worse. Since I knew I was no longer in Ketosis, and I would be going back to eating Keto when we returned home, I took great advantage of carby foods and sweets. After a meal, my hubby and I would look at each other and talk about how terrible we felt, but it didn’t deter us at the next meal. And, even though we were stuffed after we ate, quickly after that we were starving again, which meant more carbs, sweets, etc. He noticed that his body was hurting again and he had no energy. I felt constantly bloated and worn down. Even so, they tasted so good we enjoyed all the carbs until our vacation was over.

The Top 8 Keto Results I Learned on my Journey

Afterward, I jumped back on track because I was so disappointed to see a 6lb weight gain that week. Both my hubby and I were ready to get back to Keto, but all the cravings we experienced that first couple of weeks were nipping at our heels again. They weren’t intolerable, but it was disappointing to have to fight them again after being free for so long. I did get those 6lbs off, and since then I’ve learned more about how my body responds to a day off plan and how to better plan for birthdays, holidays and vacations if I decide to allow for more carbs. Here is what I learned after eating Keto for 100 days straight without going off plan:

No turning back from the Keto Results in this journey

Now that we are 11 months into this Ketogenic lifestyle we are not turning back. Although we take a rather lazy approach without counting macros (we count net carbs in our head) we know that there are all kinds of different approaches to following a Ketogenic lifestyle. Some are super strict while others are not. One isn’t right and the other wrong. The right lifestyle change is one that you can stick with long term. 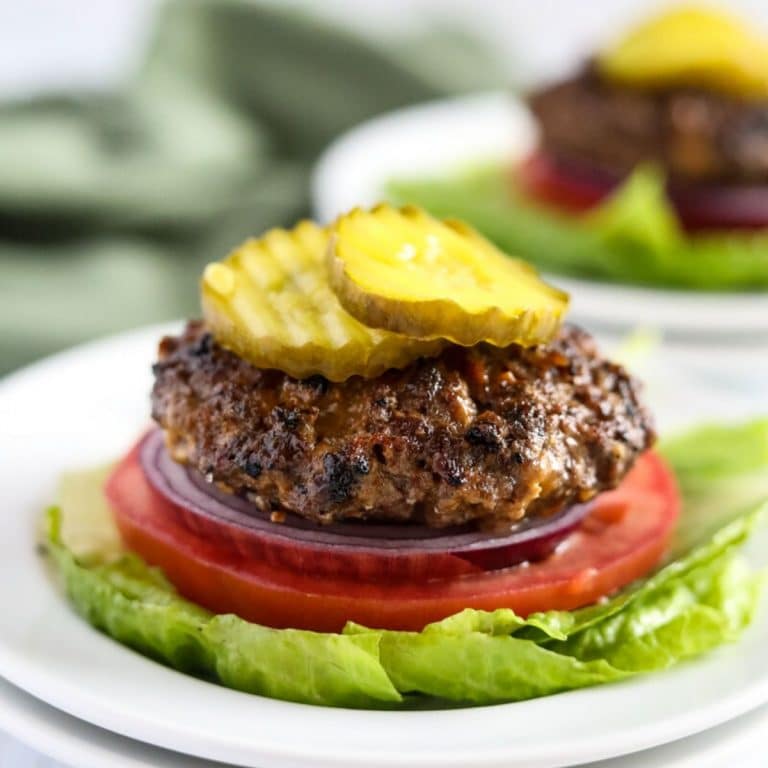 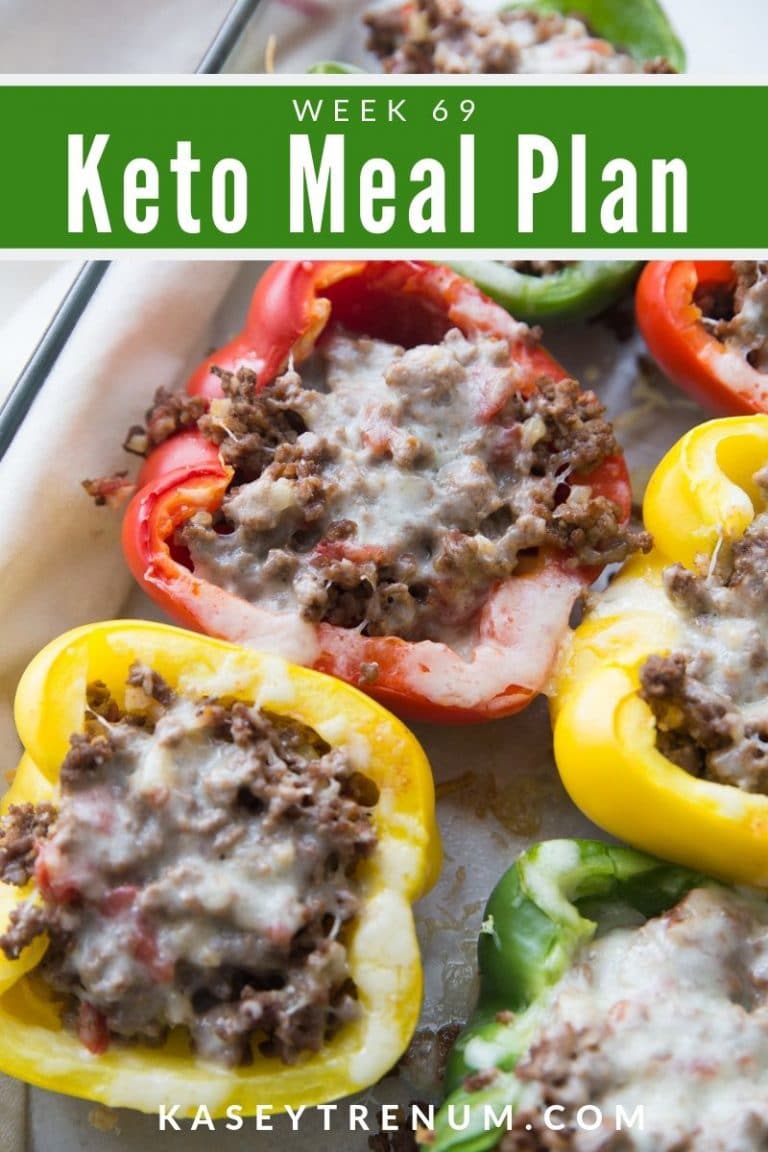 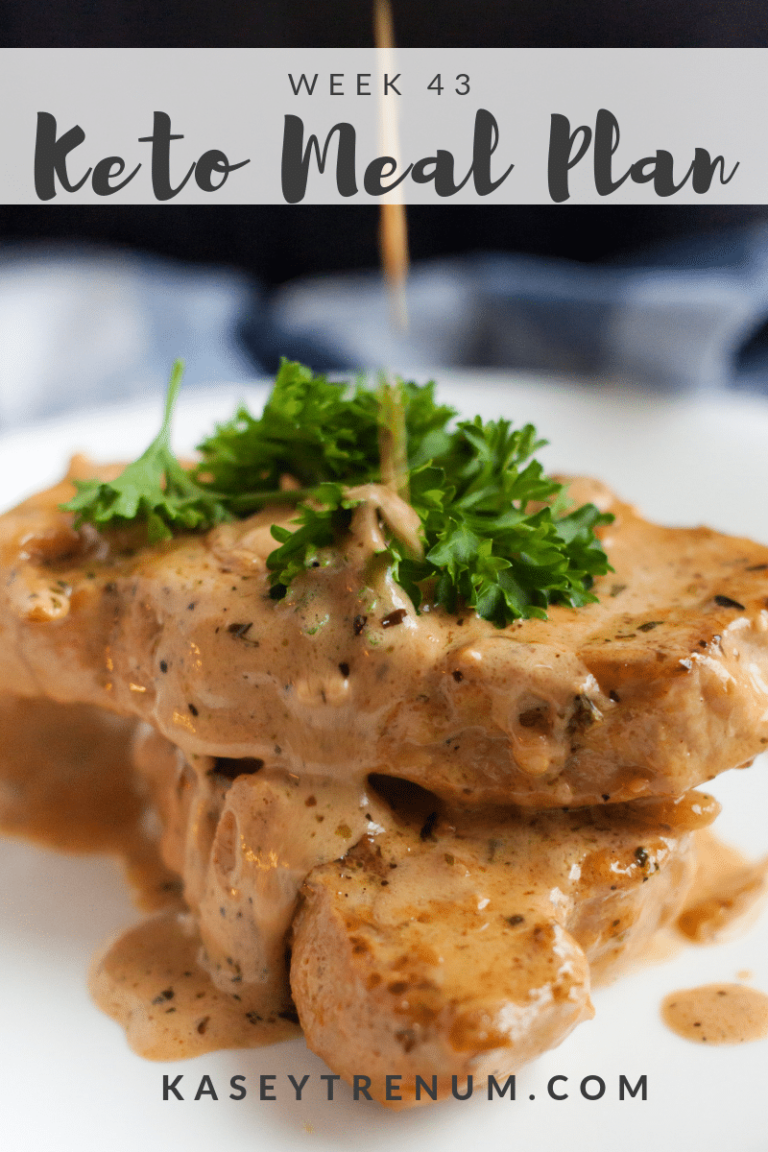 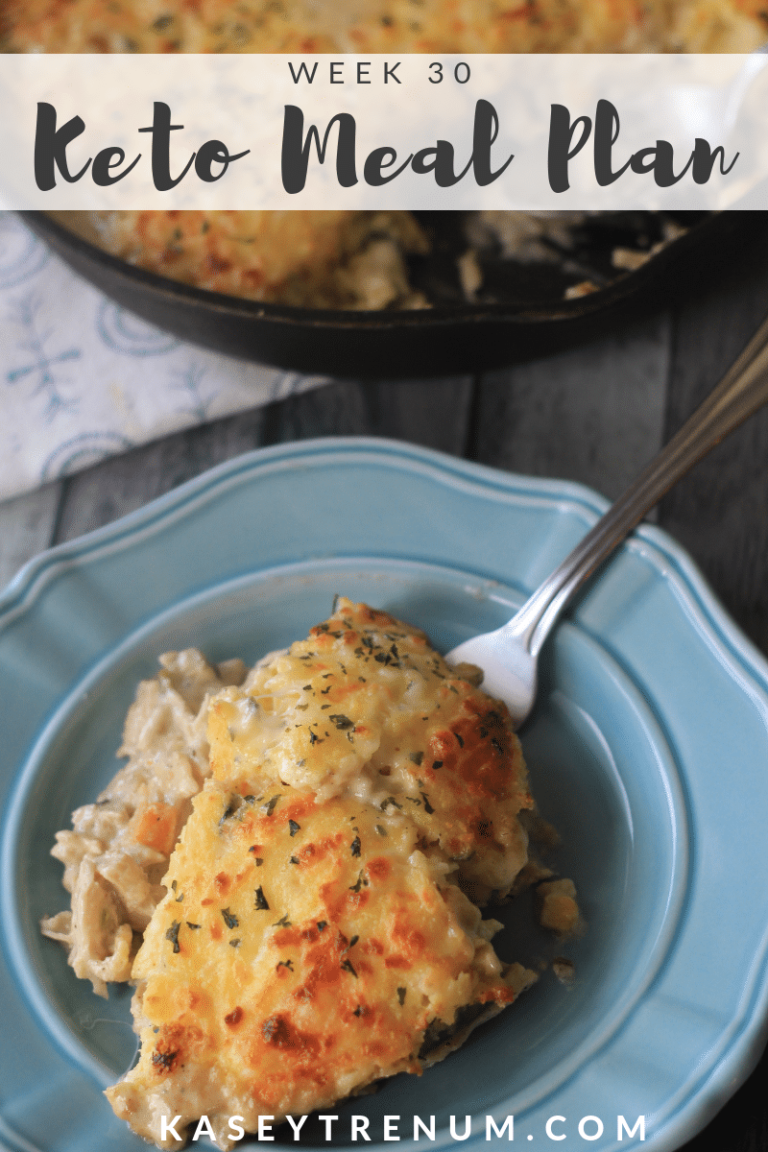 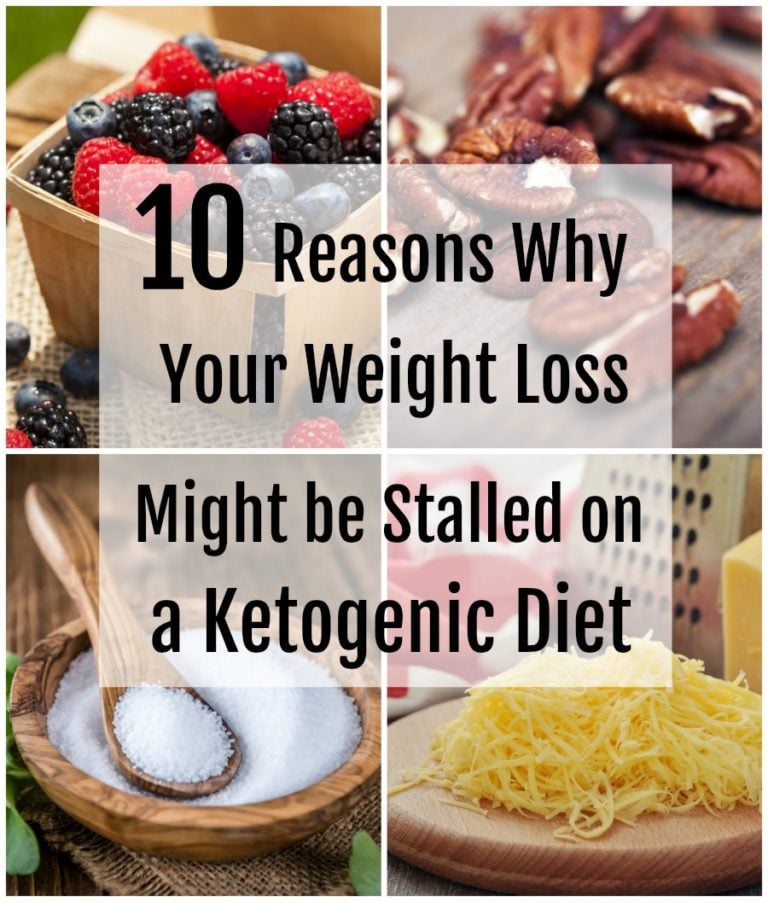 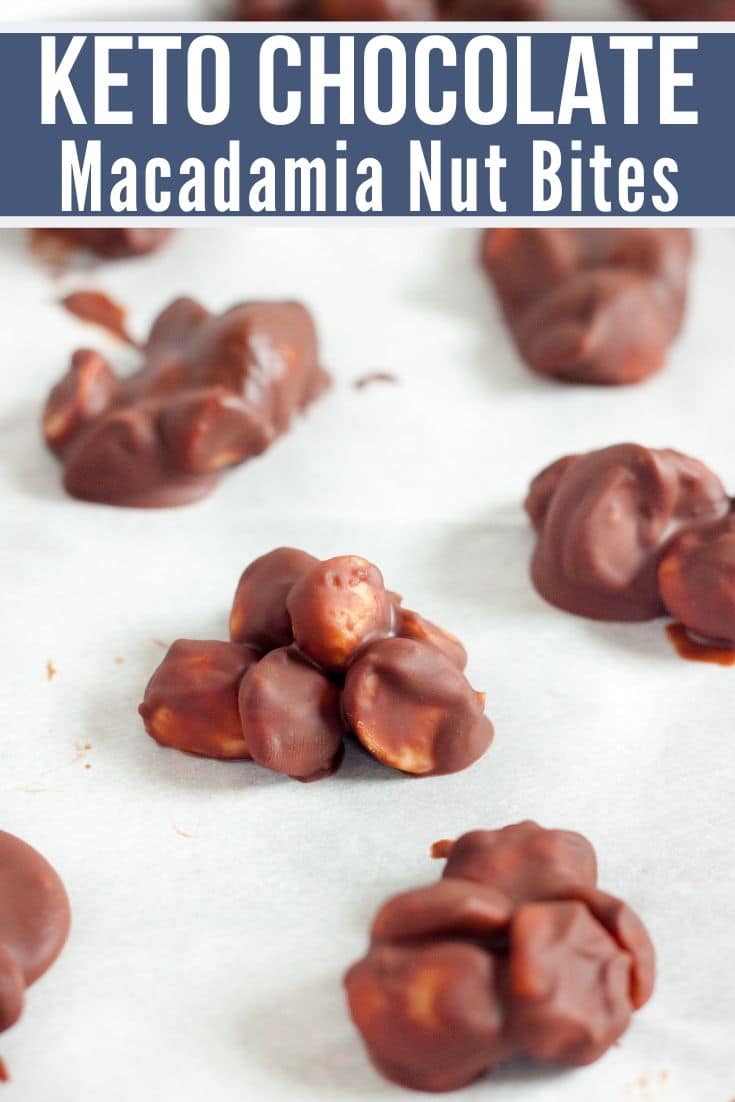